These artworks are part of the “Equilibrium” collection.

In “Equilibrium” the artist reflects through her figures on the balance between flexibility and strength, heart and mind, feminine and masculine or the relationship between “yin and yang” according to the Eastern philosophy. She inquires into the balance of the universe and find a parallel between the harmony of the Great Universe and the Inner Universe.

“Equilibrium” It is always about human figures that are in the middle of an action, captured in a position that suggests the continuity of a movement. They are swimmers, divers, acrobats, …

“Equilibrium” is also a reflection about the movement in favor of equality between women and men. In the words of the artist, “it is not equality that women seek before men, but the balance between both parties, man and woman, we are half and half of humanity. Both halves equally relevant when designing a better world. Now we are called to live a historical moment in which, for the first time, women are also counting on the support of men to carry out this paradigm shift”.

The aesthetics of the hoop transmits the optical illusion that the figure is suspended in the air and provides a very novel solution in terms of supporting a sculpture. The work acquires lightness and uniqueness.

In the ceramic figures, the enamels are handmade, which translates into transparencies and irregularities that enrich the surface, give the appearance of water droplets sliding on the surface of the skin, areas of moisture, traces of water, etc ...

In the resin figures, the surfaces are irregular, they are patinated with acrylics that highlight these textures and bring to mind the sea rocks, the contrast between the color cyan and black evokes the surface of the seabed.

This collection was presented in July 2018 at the Saratoga Hotel, the emblematic hotel in Palma de Mallorca, under the name of “Equilibrio” (Balance) and received with a warm welcome from the public, the press and art lovers. The following year, in July 2019, the evolution of the series was presented at the “Equilibrio Universal” (Universal Balance) exhibition, repeating the success of the previous year but attracting a more qualified audience.

This collection of female figures suspended inside a metal hoop has given the author a recognizable identity, a personal seal to her works. 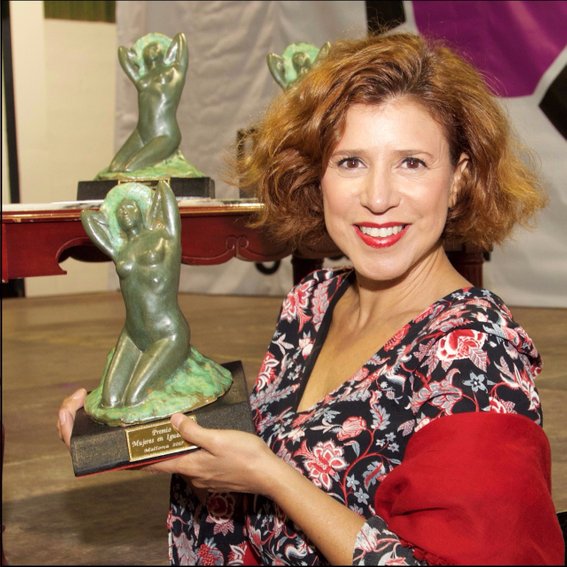 She studied Fine Arts at MEEBA (Mutual de Estudiantes y Egresados de Bellas Artes) in Buenos Aires between 1994 and 2000 in the disciplines of sculpture, drawing and painting. He continued his training with sculptors Jorge Bianchi and Claudio Azzatto (both disciples of the master Antonio Pujía) until 2003 when he moved to live in Mallorca, Spain. In Palma de Mallorca, in 2004 he trained in Graphic Design and Web Design. He continues with the exercise of sculpture as a hobby. Between 2015 and 2016 he studied at the Universidad Europea Miguel Cervantes, "Gestión Cultural y Artística", a training course given by the Instituto de Gestión Cultural y Artística. At the end of this course she decides to devote herself professionally to art and develops the project "Sirenas de Mallorca" which is the one that opens the doors to the artistic community of the island and allows her to become known as a sculptor. Since 1995 she has participated in numerous exhibitions and in recent years has intensified her participation.

She has been collaborating with the association Women in Equality since 2017 and for the third consecutive year she is in charge of designing the awards that are given to outstanding women for their work in the world of science, art, sport and business. It belongs to the group of artists "Ou verd" created in Mallorca and has renowned artists of different nationalities.

It has participated in exhibitions in Buenos Aires, Madrid, Palma de Mallorca and other towns on the island.
From November 2019 his works are part of the prestigious collection atKinsky Contemporary Art Gallery.

I have rarely met a more lively character in Mallorca than Vicky Perez. All her lovelyness, heartship and joy are reflected in her amazing sculptures Every time she passes to visit our gallery she brings with her a smile that can only win the world over. You will love her work asmuch as I do - Karl Maria Kinsky 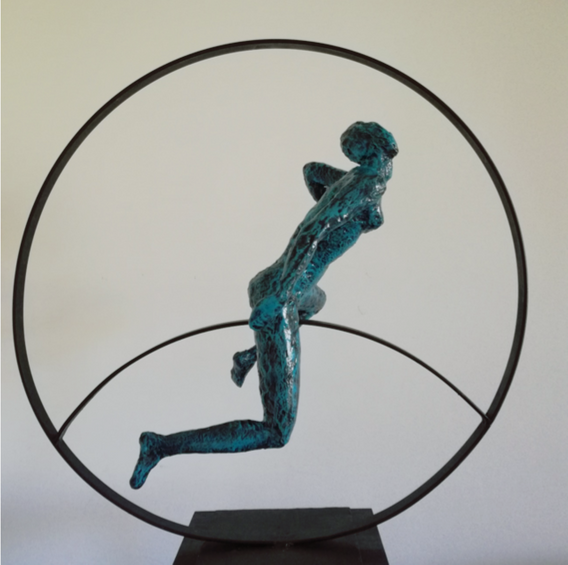 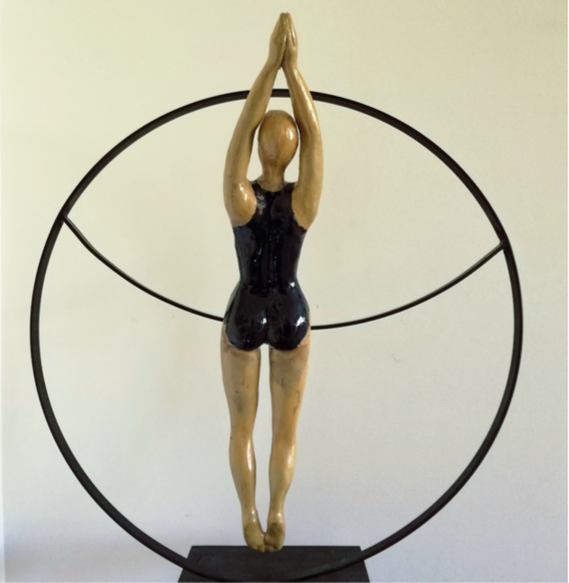