Sarah Morrissette was born in Palo Alto, California, in 1964. Her parents, both architects, soon divorced and she moved with her mother and sister to Europe where they lived on a Greek island. Her primary school years were spent in a small fishing village. Back in California four years later, they lived on a hippie commune in the redwoods of northern California. Since the commune had no electricity, television or telephone, drawing was her main form of entertainment. After high school she received a BA in literature from UCLA in Los Angeles where she worked as administrator of a contemporary art gallery dealing primarily with blue chip art. She met her Austrian husband in Los Angeles, and moved to Vienna where she started a family and began painting for Aucon Kunstwerk. A small team of artists painted murals for cafe houses, hotels and private homes. Soon, she and another painter there, Sabina Smiljanic, began to work on  large commissions and shared a studio in Vienna's 8th district for 10 years.

Sarah Morrissette's figurative paintings nearly always celebrate the past, and have a clearly recognizable, nostalgic look. Since 2016 she has begun illustrating as well as painting, and has her own studio in Vienna's 18th district. She continues to exhibit her work regularly as well as illustrate books. 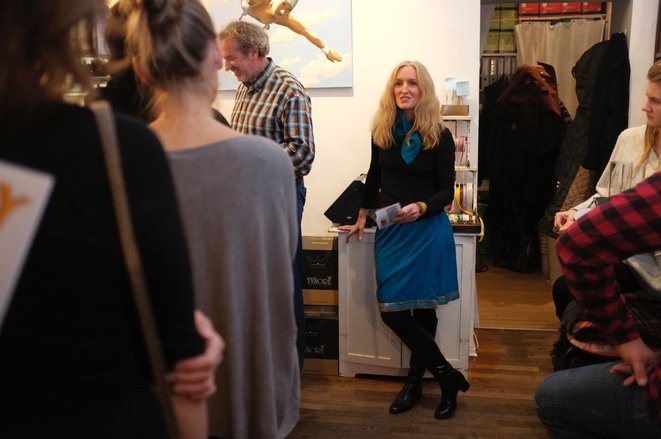 "Sarah Morrissette is one of our most active artists. Her Divers have really touched my heart. I feel like a child infront of a lollypop vending machine, wanting to get another one everytime I pass by. The accuracy and high level of detail, and how it reminds me of a time and an older generation is amazing. I am forecasting a great carreer and think it is a perfect time to start collecting this artists work!" Karl Maria Kinsky 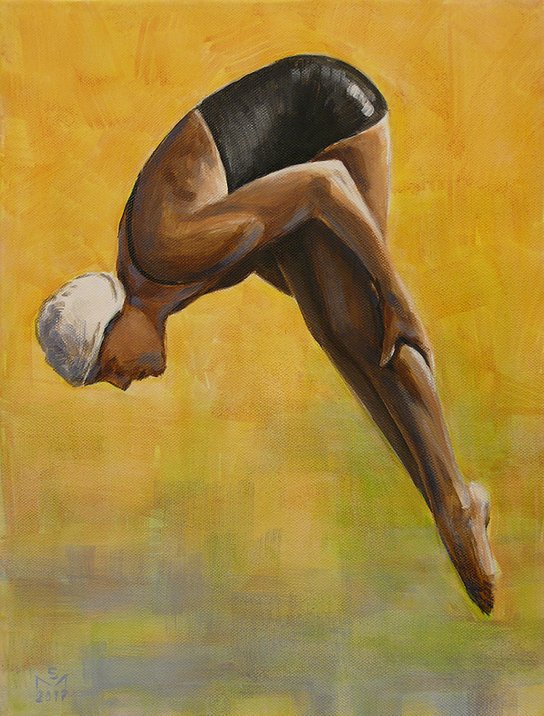 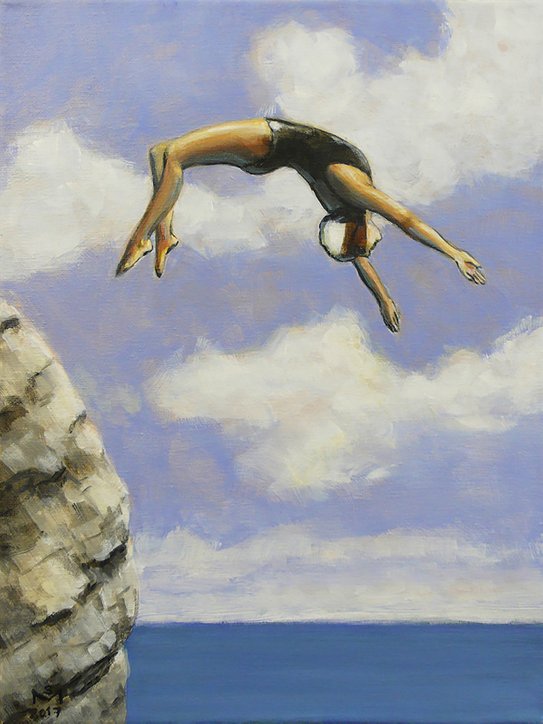 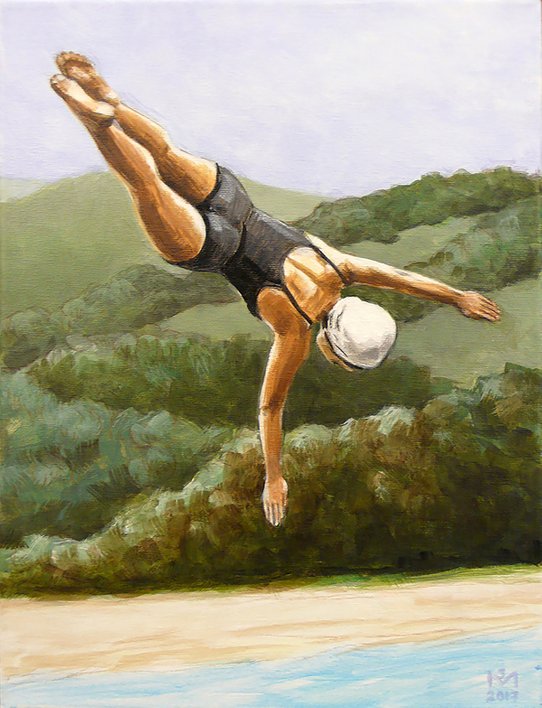 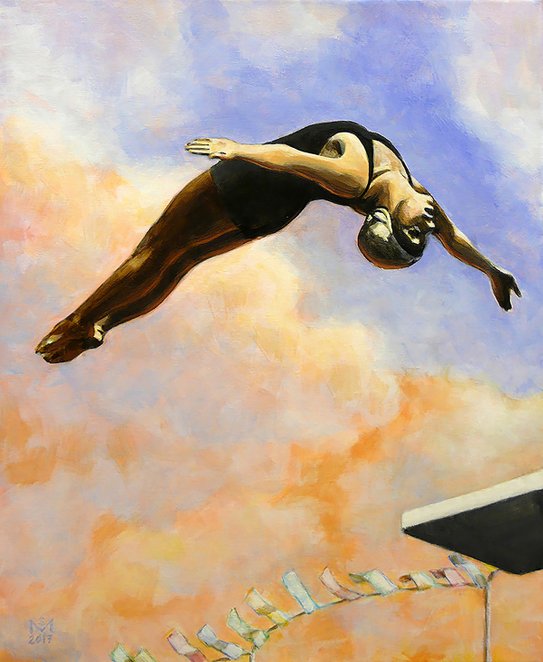 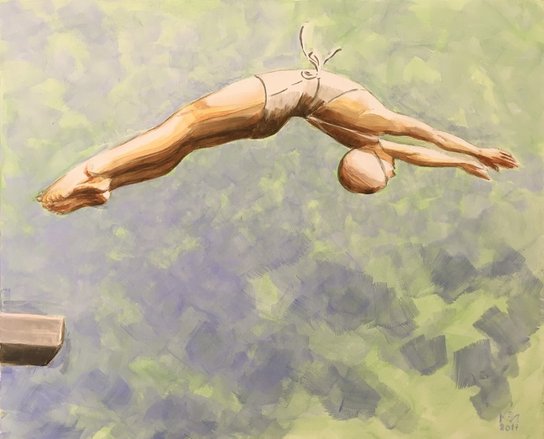 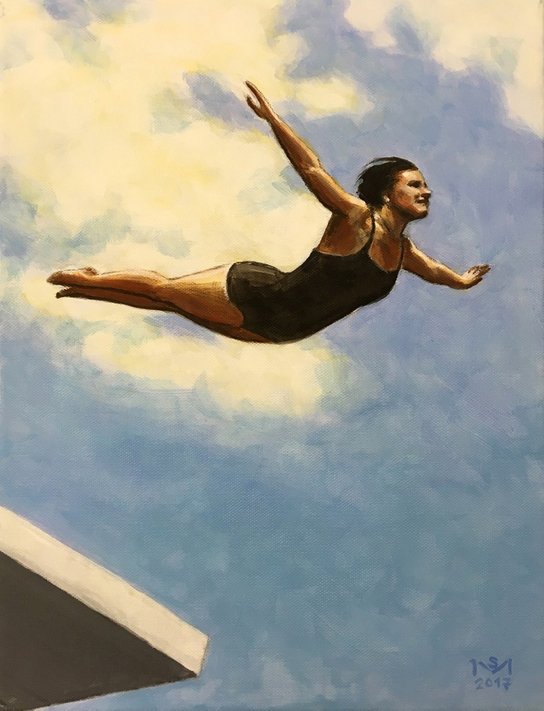 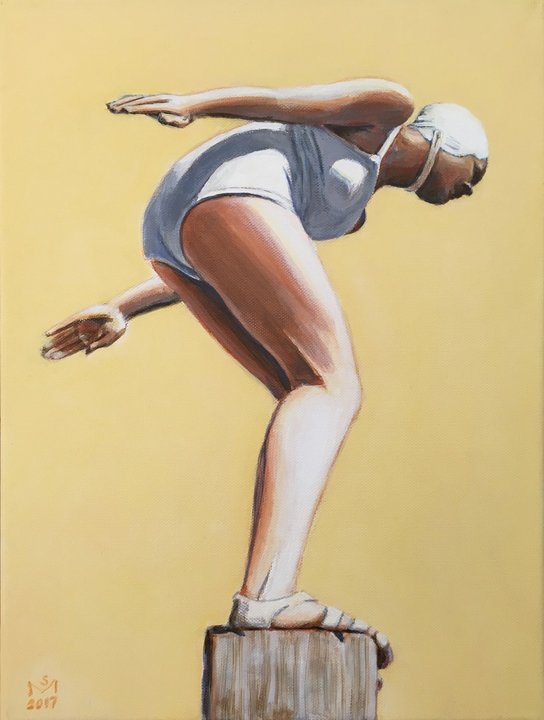 Title: Diver (with flags below)