After Freiburg and Berlin (Germany) she  lives and works in Vienna (Austria) since 2007.

Parallel to her artistical work she organises the open studio in Gugging (Lower Austria), which is a place where mentally ill artists work and exhibit their Art.

The works of Ramona Schnekenburger are showing images of people and animals in front of a white backround. The animals are mostly kind of humourous character studies with a human expression. Towards them you find the sensitive images of people.

As models the artist uses fotographs, which she finds on fleemarkets or antiquarian shops. Sometimes she also uses selve taken ones or takes parts of pictures from the internet.

After a long lasting choosing process she releases the figures from there original context and puts them in front of the white of the canvas or paper.

That's how she leads the attention onto the intense-mysterious expression of her peculiar and somehow lost in reverie creatures.

Schnekenburger works with a special technique where she mixes oil painting and pencil drawing. The realization often takes months. A dense net of structures grows an creates the impression of movement, which is supported by the many patterns in the clothes or fur or even the skin of the protagonists.

At close range the figures begin to dissappear and a abtract landscape is taking over their place.

The artist is not aiming for an exact physiognomic image of certain people, she searches for expressions in her models which can be more like a personification of general psychological processes.

Beside single portrait the are groups of people shown, by reference to them she seems to analyse interhuman relationships. Subtle and haunting at the same time she visualises and uncoveres power relationships and dependencies. The missing of the backrounds you could understand as a synonym of the isolation of the individuum.

As a last consequence the focus of the artist is not the topic of the picture or the picture itself it ist the viewer who cconnects with the seen. The painting or drawing therefore is meant like a mirror.

"I love Ramonas Esprit and passion for being an artist, in all the time I have known her she has allways kept her self and has not once slowed down here pace. She lives and works in Vienna and being able to represent her unique style in my collection has always been a special honor for me.This artist has a long way to go and with representations in Austria and Europe, she has a stable base to stand on." Karl Maria Kinsky 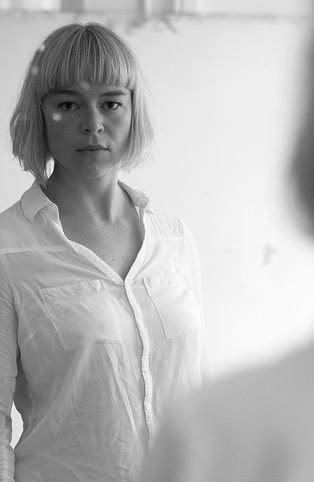 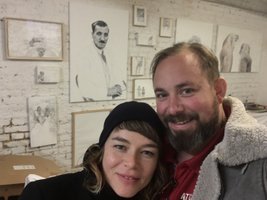 Austria today offers some of the world's most important and stunning collections. To tour the countless museums and galleries is to pass from Old Masters to contemporary art.