Holger Zimmermann opens doors to times long past with his pictures. Influenced by the greatest of American Pop Art, he develops his own personal imagery. Motives from periodicals of the 50s - 60s receive a new, time - adjusted presence in his paintings and collages. In his pictures, he creates a special atmosphere that is refreshing and yet evokes memories. His works pay homage to our past.

Holger Zimmermann works exclusively with motives from the 1950s and 1960s, as this time is the foundation for our lives today, with all his innovations and achievements. In no previous epoch did development progress as fast as it did since the 1950s, with the end of World War II and reconstruction, the new beginning.

He changes the old motives on the computer and paints them mostly in acrylic on canvas, wood, paper and found objects, or he creates digital collages.

By alienating the motives, he gives them a new time-adjusted presence.

For the first time in 1992, I came into contact with art as I walked through Cologne and saw the many posters for the great "Pop Art Show" in Museum Ludwig and then visited this great exhibition.

Impressed by the great works on display, I visited exhibitions in museums and galleries more and more frequently and after a few years decided to devote myself to art.

I was influenced by the diversity of Pop Art and its artists like Andy Warhol, Sigmar Polke, James 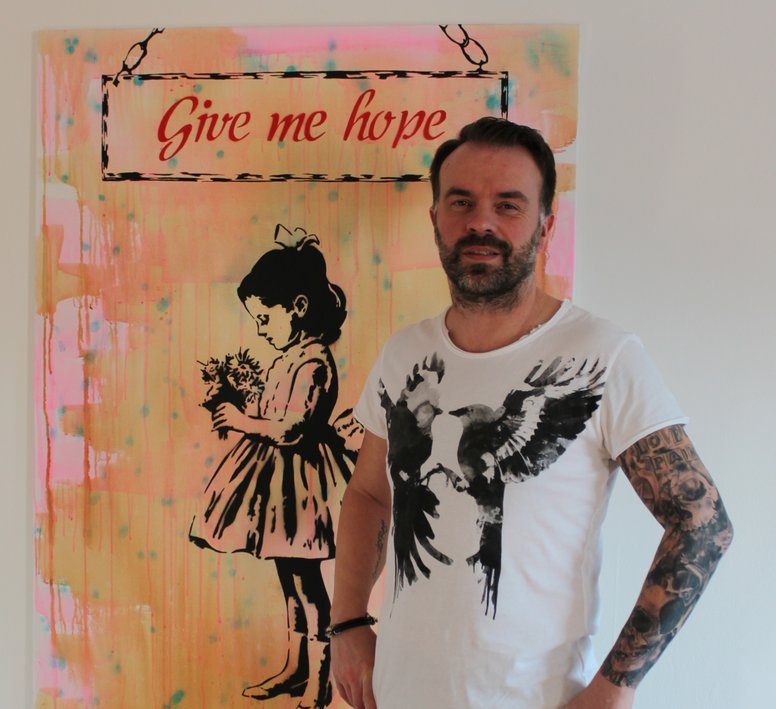 Holgers work fits into our time, his work, which is a reflection of what was into today is pleasing for the eye and sparkles the spectators fire to interogate his past for signs and notions he himself may still remember.